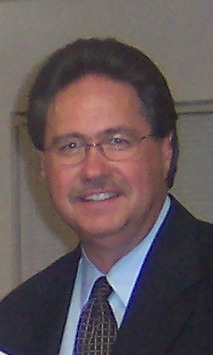 Phillip Prince has studied music as long as he can remember. Many times, he and his family sat around the kitchen table singing and learning the shaped-note system, while putting that knowledge into learning new songs under the direction and instruction of his dad, Mr. Gordon Prince. He also studied under the direction of Mr. Dorsey C. Yarbrough and Mr. C.C. Stafford while attending the renowned Stamps/Baxter School of Music and later the National School of Music when it was located in Roanoke, Alabama. Phillip has studied song writing under Mr. C.C. Stafford, Mr. Dorsey Yarbrough, Dr. A. Charles Allen and Mr. Charles Towler, having several songs published in our Church hymnal, and each of the convention song books.

Phillip comes from a rich musical heritage, having made his first record at the age of nine while singing with his family, the singing “Prince Family.” He grew up being a part of gospel singing, having been around and sung with some of the greats in the Southern Gospel Music industry. He also has sung and recorded with various groups, including, the afore mentioned, The Singing Prince Family, Southern Harmony and the Southern Heirs. Phillip has studied voice under the direction of Dr. A. Charles Allen and Mrs. Eloise Phillips.

Throughout his life, he has been involved in convention-style singing, having served as president of the Jacksonville Gospel Singers Association for five years. He has written numerous gospel songs, having several in publication, and has been active in teaching music, promoting shaped-note style of music of every kind throughout the U.S. Phillip lives in Jacksonville, Florida, with his wife Tammy and daughters. Mr. Phillip Prince is owner and operator of the National School of Music, and operates 2-3 regional schools in Tennessee, Texas and California, including various congregational church schools throughout the United States.