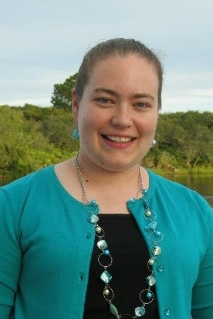 Allison Prince is a High School graduate from Trinity Christian Academy, in Jacksonville, FL. She has studied music under the direction of her late grandfather, Mr. Gordon Prince, her father, Mr. Phillip Prince and other music educators such as Mr. Charles Towler, Mr. Jack Clark, Ms. Tracy Phillips and Mrs. Eloise Phillips. She has written several songs that have been published in our church hymnal as well as a few in the conventional music song books. She has assisted and supported her father during his tenure as President of the Jacksonville Gospel Singers Association, in Jacksonville, FL.

Allison’s love for music goes back to her early childhood days where she could be heard singing the old favorites she learned from her youth. Whenever there is a group of people singing, Allison can be counted among the group singing new songs as well as the old favorites. In 2007, she began assisting her aunt, Mrs. Lynn Prince Sessions, in the Beginners class at National School of Music, and since that time to the present, has taken full responsibilities of one of the beginners class at each school . Allison resides in Jacksonville, Florida and works full time as a Production manager at Gerber Collision and Glass.